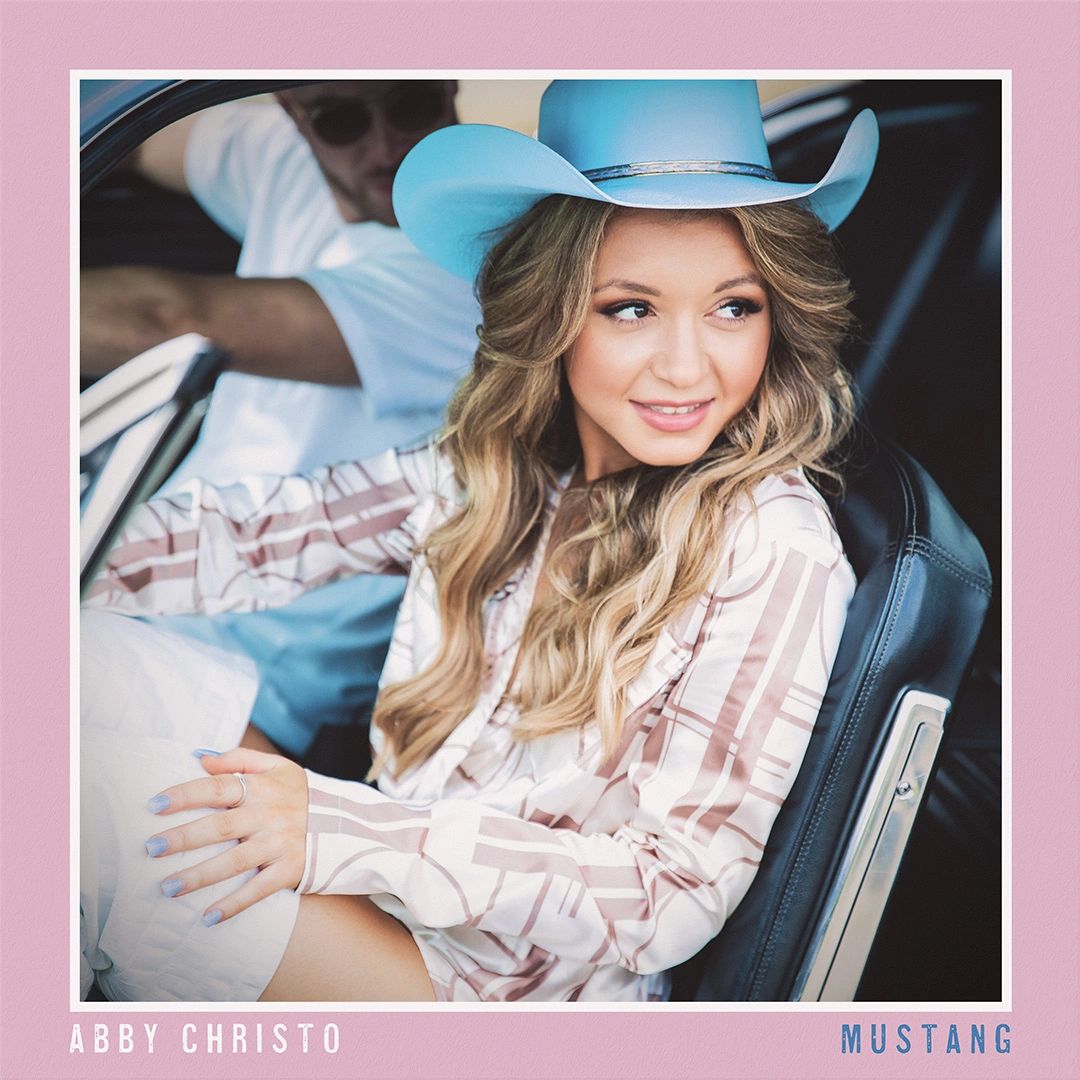 Born and raised in New Zealand, the charismatic up and coming singer, songwriter and entertainer currently lives in Australia and is establishing a musical direction inspired by the heart and soul of music city Nashville.

In her late teens, Christo appeared on the X Factor and during the show became one half of the country duo Mae Valley. They went on to get a recording deal with Sony Music and opened for Keith Urban, Carrie Underwood and Kelsea Ballerini.

Mae Valley also scored a #1 single on the TMN Country Hot 50 in Australia, with the song ‘Brightside.’

Abby Christo is now establishing a strong footprint on her own as a solo artist.

Collectively, across her releases as a solo artist and previously as part of Mae Valley, Abby Christo’s music has already been streamed over 5 million times!

“I was feeling a little bitter about a breakup,” says Abby Christo about ‘Mustang.’

“But instead of going in and writing a sad emotional and angry song, I decided to write a cheeky song about how my ex-boyfriend loved his car more than he loved me.”

“The car was a Mustang. It is a true story. The new guy at the time (if I’m being completely honest, he was my ‘rebound guy’ ) never really lived up to the expectations I had in a relationship, that had been established with my ex,” she continues.

“But at least he didn’t love his Mustang more than me!”

The fresh and sazzy music video for ‘Mustang’ also plays up to the effervescent nature of this catchy new tune.

Abby Christo is getting the endorsement of the industry and her peers in Australia.

Recent multi-format hitmaker Melanie Dyer recently invited Christo to be her special guest at shows at Mary's Underground in Sydney, calling her a 'perfect fit' for the shows.

She also performed with 2020 ARIA nominee Jasmine Rae, at the Coca Cola Stars Under The Stars event year’s Tamworth Country Music Festival.  Rae has called her and the new song 'Mustang,' "a highlight of 2020."

“I’m at a point in my life where I’m finding myself. I’m making friends, learning who I am, dating, dealing with heartbreak…. all the stuff you deal with in your early 20’s,” says Abby Christo.

“When people listen to my music, I want them to feel like they are sharing an experience with me.”

“Life can be so exciting, yet complicated and even miserable at the same time and I feel that music is the best way I can find a genuine connection with everyone.”